Spider-Man and Captain America leap into the mobile battlefield today！ 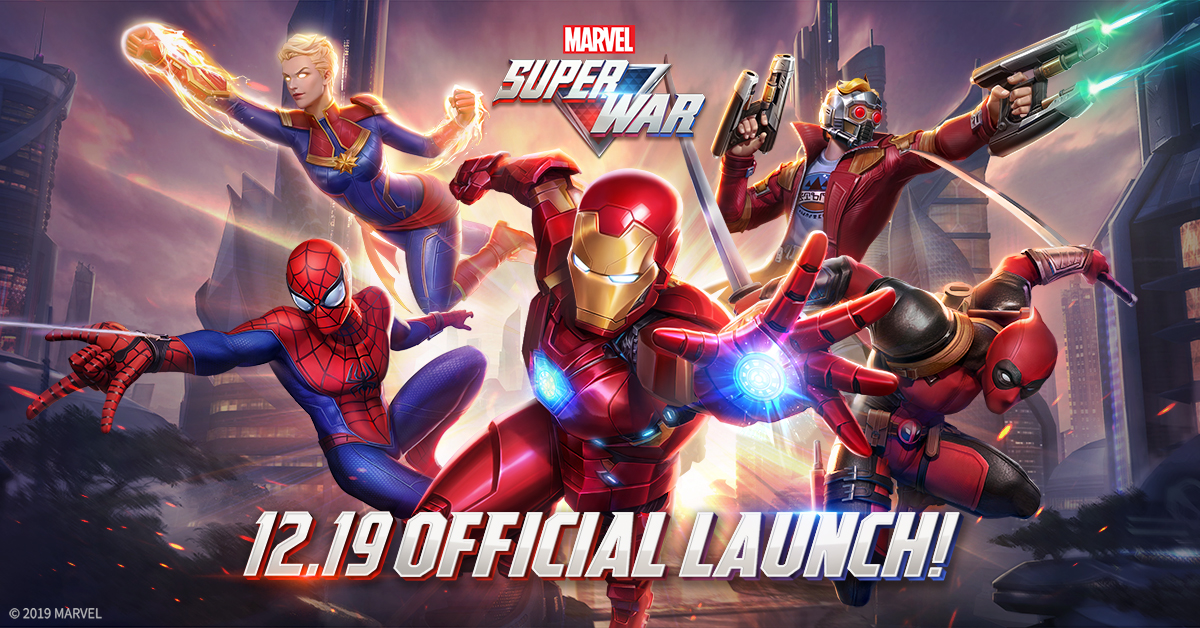 GUANGZHOU, China – Dec. 19, 2019 – NetEase Games and Marvel Entertainment today announced the LAUNCH of the first-ever joint MOBA for mobile, MARVEL Super War, available for iOS and Android devices in Thailand, Indonesia, the Philippines, Singapore, Malaysia and India. Players in these regions who have been looking forward to it can DOWNLOAD it right away from the both App Store and Google Play Store.

In MARVEL Super War, players will take on the role of their favorite, iconic Super Heroes and Super Villains from the Marvel Universe, creating spectacular highlight moments on the battlefield and bringing honor and victory to their squad.

Since being announced on May 20th this year, MARVEL Super War has run two regional beta tests, receiving overwhelming enthusiasm, and incredible feedback from players. The team has been busy polishing MARVEL Super War throughout the year, and now this free MOBA for mobile featuring the Marvel Universe is finally available and fully playable today!

Joining popular heroes including Thor, Hawkeye, Scarlet Witch, Black Widow and The Hulk, highly anticipated heroes Captain America and Spider-Man have now made their official debut! The star-spangled Super Soldier will join the Wakanda battlefield, battling against foes with his famous shield. Meanwhile, the wise-cracking wall-crawler Spider-Man is leaping into the MARVEL Super War, ready to help his teammates claim victory with his web-shooters.

Brand new game modes are also open now! Players can enjoy thrilling and chaotic battles in the narrow battlefield of “Free-for-All,” or strive to collect the most Vibranium for the victory of their own team in the original game mode, “Battle for Vibranium.”

There will be more hidden surprises around every corner, all of which are waiting for players to discover! Are you ready to kick start your journey in the Wakanda battlefields?

About Marvel Entertainment
Marvel Entertainment, LLC, a wholly-owned subsidiary of The Walt Disney Company, is one of the world’s most prominent character-based entertainment companies, built on a proven library of more than 8,000 characters featured in a variety of media over eighty years. Marvel utilizes its character franchises in entertainment, licensing, publishing, games, and digital media. For more information visit marvel.com. © 2019 MARVEL

NetEase Games is the online games division of NetEase, Inc. (NASDAQ: NTES), developing and operating some of China’s most popular PC-client and mobile games. As one of the world’s largest incubators of quality online game content, NetEase Games is dedicated to supporting the growth of innovative studios around the globe and growing an international presence along the way. To complement its self-developed games and world class R&D capabilities, NetEase Games also partners with other industry leaders including Blizzard Entertainment, Mojang AB (a Microsoft subsidiary) and other global game developers to operate some of the most popular international online games in China.