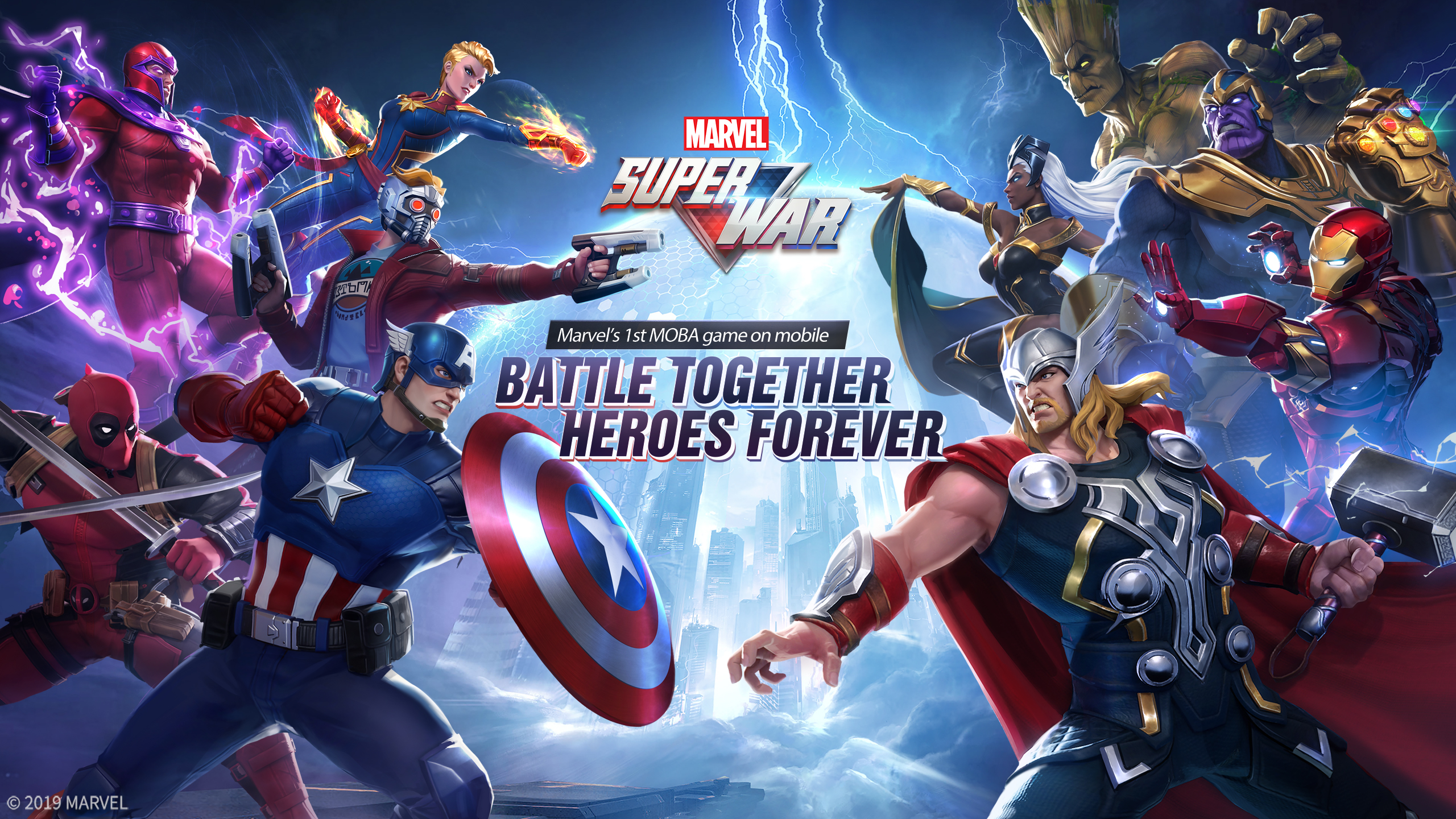 BANGKOK -- October 25, 2019 -- MARVEL Super War, the free-to-play MOBA for mobile developed by NetEase Games in collaboration with Marvel Entertainment made its official appearance at the Thailand Game Show in Bangkok today, announcing that the MARVEL Super War pre-registration event is now available for players in India, Indonesia, Malaysia, Philippines, Singapore and Thailand. In other exciting news, MARVEL Super War will launch its second beta test for players in Southeast Asia and India on November 21st this year.

The first beta test for MARVEL Super War occurred this past May in Southeast Asia, with hundreds of thousands of users participating. Due to players’ interest and enthusiasm, NetEase and Marvel are happy to announce a second beta test slated for this November 21st, with a new and improved build that delivers an optimized experience for players.

For those eager to battle, a pre-registration event with special in-game rewards, including Heroes and exclusive avatars, is available now. Work with other players to unlock these rewards as you prepare to step into the exciting jungle lands of Wakanda, the fabled hidden kingdom of the Black Panther, and fight with your own Marvel squad. Rewards will be unlocked based on the total number of participants. Join here: <<www.MARVELSuperWar.com>>.

About Marvel Entertainment
Marvel Entertainment, LLC, a wholly-owned subsidiary of The Walt Disney Company, is one of the world's most prominent character-based entertainment companies, built on a proven library of more than 8,000 characters featured in a variety of media over eighty years. Marvel utilizes its character franchises in entertainment, licensing, publishing, games, and digital media. For more information visit marvel.com. © 2019 MARVEL
About NetEase Games
NetEase Games is the online games division of NetEase, Inc. (NASDAQ: NTES), developing and operating some of China's most popular PC-client and mobile games. As one of the world's largest incubators of quality online game content, NetEase Games is dedicated to supporting the growth of innovative studios around the globe and growing an international presence along the way. To complement its self-developed games and world class R&D capabilities, NetEase Games also partners with other industry leaders including Blizzard Entertainment, Mojang AB (a Microsoft subsidiary) and other global game developers to operate some of the most popular international online games in China.